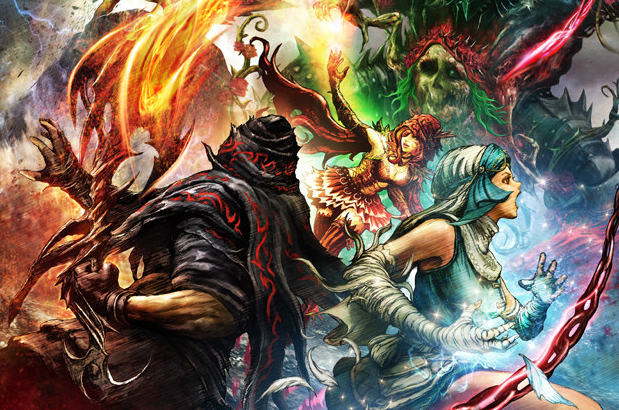 So…Soul Sacrifice Delta is a thing. It’s been consuming my soul like a top sorcerer of Avalon. I was extremely apprehensive about this game as I found much of the original flawed. If you completed the first game and were worried about lack of content, fear not. Not only did they add the Grim faction to cover the neutral path, but they’ve actually added some content to the original Avalon story and added complete story paths for both Grim and Sanctuary. I’m going to cut it off there before I go into full review mode. Needless to say it’s going to have a pretty positive review, so if you’re on the fence like I was, pull the trigger.

I was sent a pile of games from Aksys for review. Mind=0 is a dungeon crawler with gameplay akin to Demon Gaze and Etrain Odyssey but a story and setting similar to Persona 3/4. The entire story is voice acted in both English and Japanese. XBlaze: Code Embryo is a graphic novel set 150 years prior to the events of the story in BlazBlue. The entire thing is voice acted in Japanese only. I’m a bit miffed because I got pretty far in the demo only to find out that the game doesn’t import your save data from the demo. I haven’t gotten very far in the game after hitting that roadblock. The last game I received was BlazBlue: Chrono Phantasma itself. I have a strong grasp of the game from playing it on the PS3 so I will be mostly reviewing how it holds up to the console version. The only thing I found bad so far was that some of the animation scenes in the story mode are just not smooth.

Other games I got are Pixel Junk Shooter Ultimate, Guacamelee DLC, and I still have to get that Conception II review out there.

Finally apologies are in order. I’ve been absent for quite some time. The last few weeks of June were pretty rough for me. I was having some respiratory issues related to allergies and extremely high humidity levels. It was severe enough that I missed quite a bit of work. Beyond that, I’m also remodeling and my computer isn’t very mobile. I have been uploading some thoughts and review notes from the mobile app, but to get things on the cover page, more work is required.