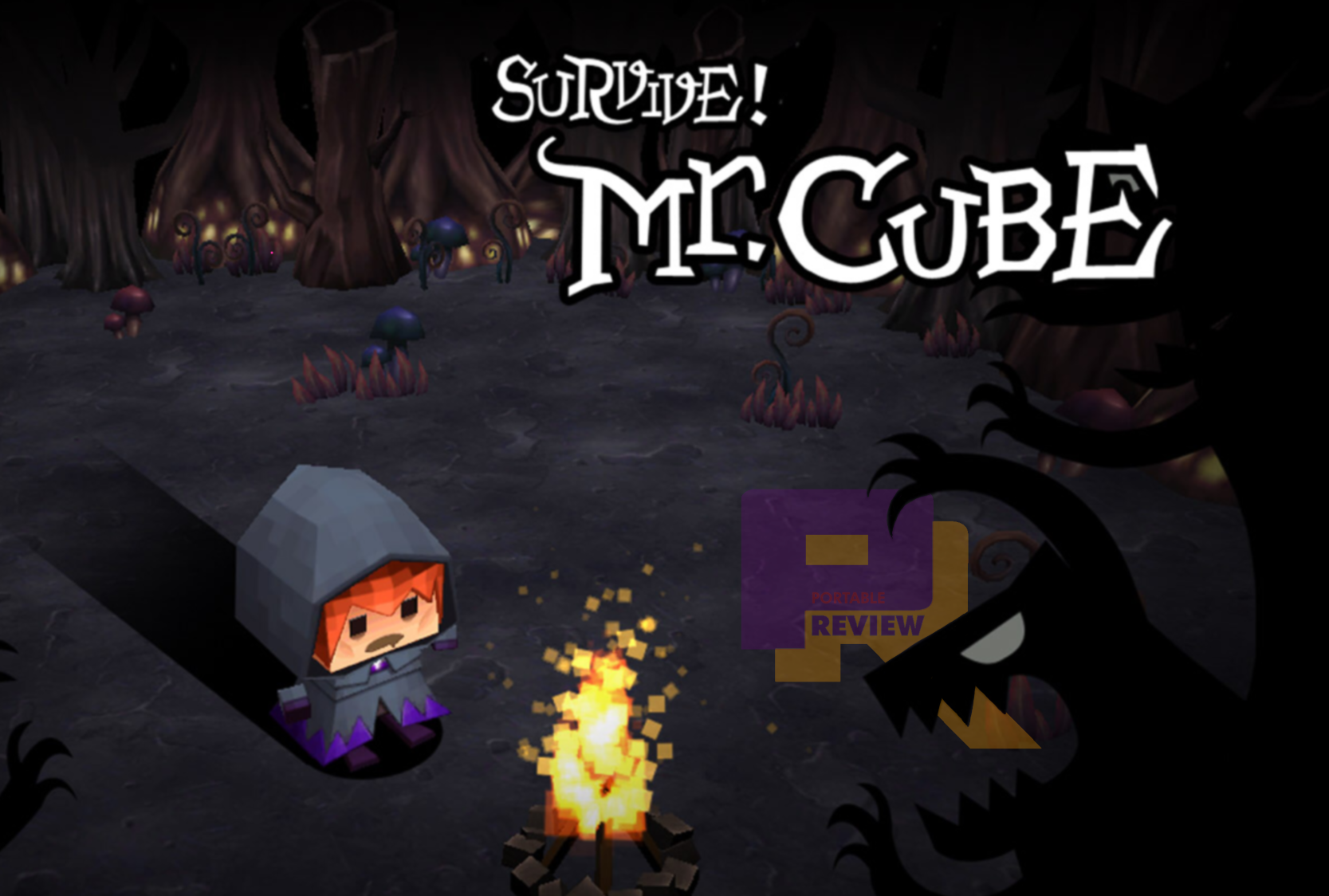 Chances are, Mr. Cube won’t survive. At least, not in the sense that one would often attribute to the word “survive.” Because, in all likelihood, for Mr. Cube to be triumphant, he must die. That is the nature of the mysterious world he finds himself in. A dark and dangerous land, filled with creatures that want to kill him for…reasons. Armed with his trusty longsword and, not much else, the odds truly are stacked against our hero’s favor.

Survive! Mr. Cube is an action adventure game with some roguelike elements mixed in. You play as the titular Mr. Cube, a Minecraftian figure who has just found the love of his life. Soon thereafter, he sits himself down at the local pub where a mysterious individual offers him a pill that he feels uncontrollably compelled to take. SURPRISE! That was a bad decision! Our hero wakes up in a forlorn hellscape filled with other cubical lifeforms who all want him to die. What else can he do but grab up that longsword conveniently placed next to him and fight his way through the hordes to one day be reunited with his love!

Only, it isn’t that easy. That longsword isn’t going to get you very far. The longsword is very basic and underpowered. You might conquer a few rooms with it, but eventually…You’ll encounter a different cube-person with a stronger weapon and you’ll simply be no match. Upon death, you’ll see a glimpse of the sinister figure pulling all the strings and then, as suddenly as you died, you’ll be reborn as a different Mr. Cube. Each time you die, you start as a Mr. Cube with a different class (and therefore, different starting weapon). At this point you turn yourself towards the door and go back into the fray, hopefully with better results this time.

This is pretty much the flow of the game. Enter the dungeon, slay as much as you can, gather gold, die, repeat. The gold you find can be used at the camp hub area to start with some extra random weapons or potions, but other than that, you’ve just got your skill and wits about you. The game can be really unforgiving at times. The VERY FIRST room I spawned in on my first play of this game, I was mercilessly cut down, so badly that I had thought maybe it was scripted. However, it was not. I tried again with a new file and was able to conquer that room and a few others with the basic longsword. The standard enemies aren’t so bad. What will REALLY do you in though, is the other heavily armed cube-people.

Every so often in a room, you will encounter a being not too much unlike yourself, who will be armed with a weapon that’s a cut above the usual rabble you’re used to. If you manage to slay this enemy, you can choose to pick up their weapon and bring it along or replace your current weapon with it. You can carry two weapons at a time, so you really have to figure out what your current weapon lacks and try to compensate with the right sub-weapon. On my best Mr. Cube, I had a magic wand that fired 4 heat-seeking shots with a shotgun as a sub-weapon to shred anybody who had a shield to block the magic shots. That was a really effective set up and I’ve yet to find another I like as much as that one. However, it really is all up to your play style. I was entirely unimpressed with all of the melee weapons (except maybe the fire sword) but your mileage may vary.

Along the way, you will find many, MANY treasures chests to open. These chests will contain money and potions for your consumption (the chests themselves might also be mimics, so beware). You can only carry a few potions with you, so you’ll need to plan ahead what you think you’ll need. Every now and then you will encounter a larger than normal chest which will be filled to the brim with goodies and possibly a stat upgrade of some sort. These stat upgrades are the key to surviving the boss battles that you will inevitably fight, as the bosses will do considerable damage to you if they hit you.

The level maps are large and the rooms seemingly random in their placement. You will spend much time wandering in one direction, only to realize you’ve been following a drawn out dead end and must backtrack to where you went wrong (which in some cases, will be the very first room in a dungeon). On my first play, I wandered about for a half hour in the wrong direction before I gave up and backtracked, only to find out there were multiple exits in the first room, and I just got super unlucky. You live and you learn, or in some cases, you die and you learn.

That’s pretty much all there is to the gameplay. It’s fairly simplistic to grasp, but can be quite gripping if this is your cup of tea. The music is nothing too special; it gets its somber, hopeless mood across well enough. The sound effects do their job as well, nothing too egregious here. The story is a bit odd, in that it probably could have used a few more lines of exposition, but it is what it is. You’re in a weird dungeon dimension, fight your way out. If there was one thing I would change about the game it would be to add a suspend-save feature. The dungeons can take an awful long time to complete and the only way to save the game is the auto save feature back at the camp area…Which you can only reach upon completing a level or dying. So you had better set yourself a good chunk of time aside for your run. Depending on how much you trust your Switch’s battery or your ability to not accidentally close the app and open another; this might be a non-issue for you as you can just suspend your system. Personally, for my own sanity, I much MUCH prefer actual saves, so it was a bit of an issue for me.

Other than that, really the game is fine for what it is. It isn’t the most complex adventure game out there, but it doesn’t have to be. If you’re in the mood for a hack and slash, roguelike-lite then look no further! Get on your feet, grab that long sword and SURVIVE! Mr. Cube!