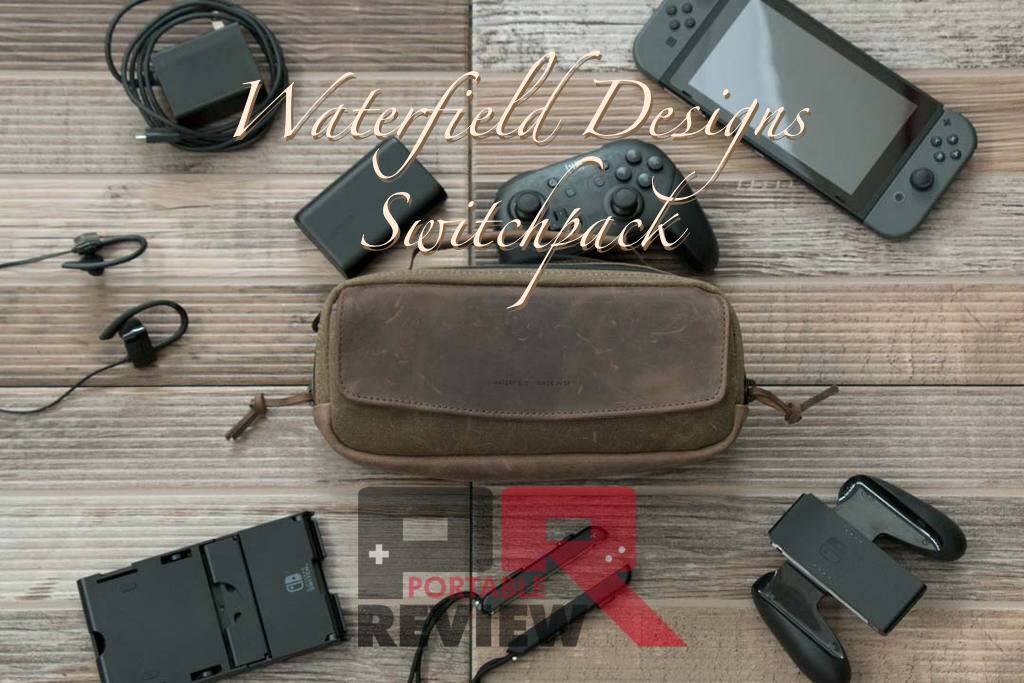 In my search for a carry case for my Nintendo Switch, I’ve gone through quite a few different cases. After reaching out to sfbags.com, I was able to get my hands on their latest Switch case, the Switchpack.

The Switchpack offers a lot of storage at about the same profile as other cases I’ve had, most notably the TakeCase and the RDS Switch Deluxe Travel. While it is nearly twice the width of the RDS Switch Deluxe Travel case, it can hold almost as much as the RDS Switch Deluxe System case. After modding my dock to be more portable, I can even get that in here without adding any bulk. I guess I’ll start with that part. This case holds so much! If you’re looking for a simple but elegant travel case for your switch, and price isn’t really an issue, let me point you to Waterfield’s other cases, the Cityslicker and the Pouch. Depending on what you put in the Switchpack, it can weigh quite a lot.

As I said earlier, I have been able to cram this little bag full of goodies. I have two different setups for this bag depending on what I’m doing or where I’m going. If I’m just going to be on a field trip or riding my bike, I pack my Switch, Nintend’s official AC adapter, a USB type-c cable, an HDMI cable, any of my physical games, some screen wipes, my modded dock, and my 30,000mAh power bank. If I’m going to a friend’s house where I expect I might actually use the dock, I swap the power bank for a Switch Pro Controller. If I was REALLY looking to do some multiplayer, I could also cram my second set of joy con, but I leave those at home most of the time.

As a case, I’m very happy with the Waterfield Switchpack, but this isn’t just a case. This is a luxury case, hand-crafted in San Francisco, CA. One of the first things I noticed about the case was the zippers. They’re really quality zippers and just feel premium. As someone who has had multiple cases’ zippers break ever since I was toting around my PSP many moons ago. Recently, I just had the zipper on my Grip Case break off while I was taking pictures for a comparison photo. I don’t think I’ll have this issue with this bag. Color me impressed. I also noted the aroma. Instead of smelling like toxic chemicals, this bag smells like quality leatherwork. The canvas used is clean and has no smell to it. My mom used to make her own leather purses and wallets and the smell of this bag brings back those memories.

As for the quality, aside from the obvious stitching on the handle, the stitching is near-invisible, and it feels quite rugged. Soft, to the touch, but rugged in durability.

The two-zipper design gives you access to your switch and games pouch or your storage pockets. There is no divider between sides, so if you need to grab something in the center of the bag, you can from either zipper. If you really wanted to, you could grab stuff from the opposite side, but it’s easier to just unzip that side instead. I don’t recommend taking the Switch out from the opposite side, not because you can’t do it, but because it may put more wear on the case than intended.

Inside, the Switch’s screen is protected by a soft neoprene pocket with an outward facing red nubuck strip designed to protect the screen. Between the nubuck and the outside front pocket is a small pocket made to store games or headphones. I put my game carts in there, personally.

All that said, this is not a hard case. It does offer a decent level of protection from everyday bumps and knocks, but might not do so well in handling a high drop or hard knock direct to the front pocket where your screen is located. If you’re looking for something heavy duty, there are cases that specialize in that.

At present, the Waterfield Switchpack is my daily driver and I don’t see that ending anytime soon. If it were any cheaper, I’d recommend it to everyone, but after owning it for a few weeks, I can honestly say that it’s worth every penny.