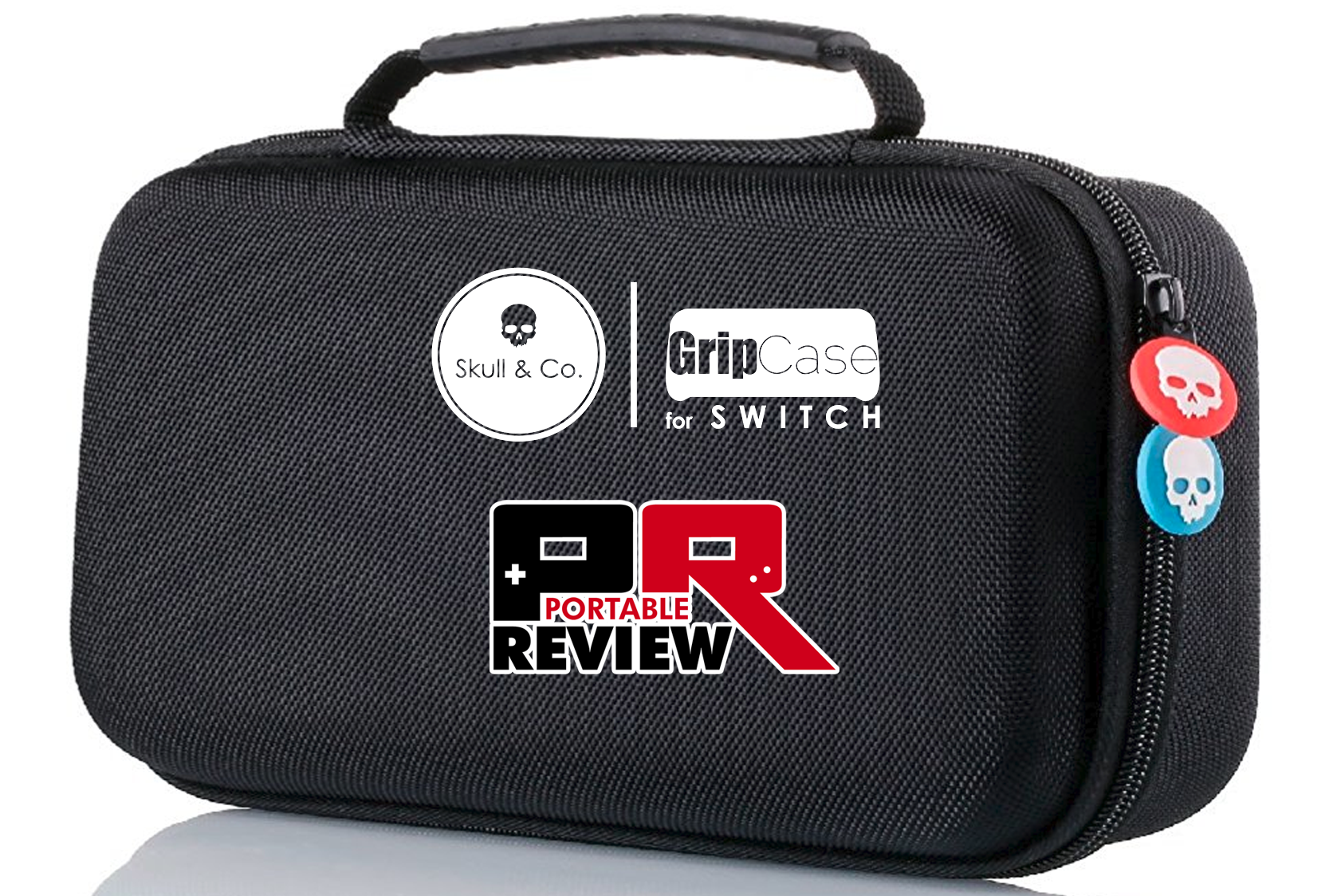 It’s been quite a long time since I’ve done any hardware or accessory reviews, but I’ve been looking around, and I’ve gone through numerous cases for the Nintendo Switch. This will be the first of many reviews, culminating in an article that compares my favorites and their features. With said, let’s start with the rather popular case/grip combo simply called the Grip Case from Skull & Co.

I first found out about Skull & Co.’s Grip Case when my girlfriend showed me their Kickstarter page. I really wanted the case because it looked like it would have enough room to stow my portable battery in the bottom, and all she really wanted was the grip, so I backed the project. Later, I increased my backing to include a second Grip Case because I realised that she wouldn’t be able to just throw her switch into another case to take with her.

When our Grip Cases showed up in February, the grips themselves were stiff and flawed. Backers received emails on how to fix certain flaws they found after the fact, and most of these fixes worked. Mine still has a stiff R2 button that I have to work a bit before using the system with the grip attached. It’s not ideal, but these were the first units shipped. I’ve spoken to other people who have bought in more recently, and they don’t seem to have this issue. I’ve contacted the company numerous times for the various, yes, various issues I’ve had with this, but they have not ever responded to me. That’s not what I want to focus on though.

The grip itself feels really nice in your hand. It makes the Switch feel more like a wide controller. Each grip comes with two different sized replaceable ergonomic grip…uh…bulbs. The larger one has an extension for your middle finger to rest on and allows you to fully grasp the unit with the whole of your hand. The smaller one feels more like the Switch Pro Controller. At first, I used the larger grips exclusively, but have since come to appreciate the smaller grips, mostly due to that extended middle finger rest on the larger ones.

The grip part of this case is pretty rugged and doesn’t come off the unit easily. My girlfriend is always scared to take hers off, but thankfully, she doesn’t have to. You see, this grip unit was designed to allow the Switch to fit into the dock without taking it off. For the most part, this works, but of course, I did have some issue with mine. We can’t figure out what it is, but one of our grips will not settle into either of our docks without pushing it down really hard, and it can sometimes unseat itself during play without nudging it or anything. It’s quite frustrating, but still, I’ve had no response from Skull & Co. on the issue. While I’m on the topic of docking with the case on, this doesn’t go well with the popular BASSTOP Dock Replacement Kit. I’ve tried to get it to work, and it’s not easy, but I think the point of that mod is to make things easier.

Before I move on to the case itself, I want to mention that changing game cards without long fingernails can be a little difficult with the grip attached. It’s also very impressive that they managed to get the exact color match of the Joy Con controllers for their grips. I have yellow Joy Con, and you can’t tell that this isn’t an official product based on the color match.

Onto the case part of the Grip Case. Well, I think the case was more of an afterthought along the lines of, “How are people going to carry their switch around if it wont fit into a normal case?”. The resulting case offers a deep bottom to support the handle bulbs, and is deep enough for the larger ones. It’s also longer than the Switch by about an inch to accommodate the extra width of the grip handles. This extra depth creates a sort of pocket beneath the Switch in the center. I was able to stuff an extra pair of Joy Con, an Anker PowerCore 10000, and a Google Pixel phone charger and cord. Unfortunately, it’s just shy of being deep enough to comfortably support the official AC adapter.

The case also has firm barrier flap that closes off that pocket below and allows the switch to rest on, which doubles as a stand if you bend it to fit into the grooves that it rests on. I never got this to work very well, but perhaps if one were desperate to play with friends and there were no flat surfaces to use the Switch’s kickstand, you might find use for this. You velcro strap the Switch between that and a soft protective flap that is similar to many other cases of this design, including slots for ten games. The top half of the case features an elastic mesh compartment. It’s not very deep at about 1/2″, and can’t do much more than hold some cables or screen wipes, which is exactly what I used it for.

I should mention that this is a hard shell canvas case, and it offers a good deal of protection for your switch, especially due to the fact that your switch is kind of hovering in the center, cushioned not only by the hard shell, but by the air above and below it, unless you cram this case full of stuff like I do, where it’s still protected from bumps and falls. It also has a standard rubber handle sewn into the hinge. This was my daily driver since I got it earlier this year, but in March, the handle started to come off, so after being ignored once again by Skull & Co., I took to needle and thread and tried to fix it myself. This worked for a few more months, but about the middle of May, my lack of any real tailoring skill began to show, and I found myself looking for a new case. I’m still waiting on a response from Skull & Co. so take that how you will. If this seems like a thing you’d like to get, I highly recommend ordering it on Amazon since they have much better track record of communication with its customers.