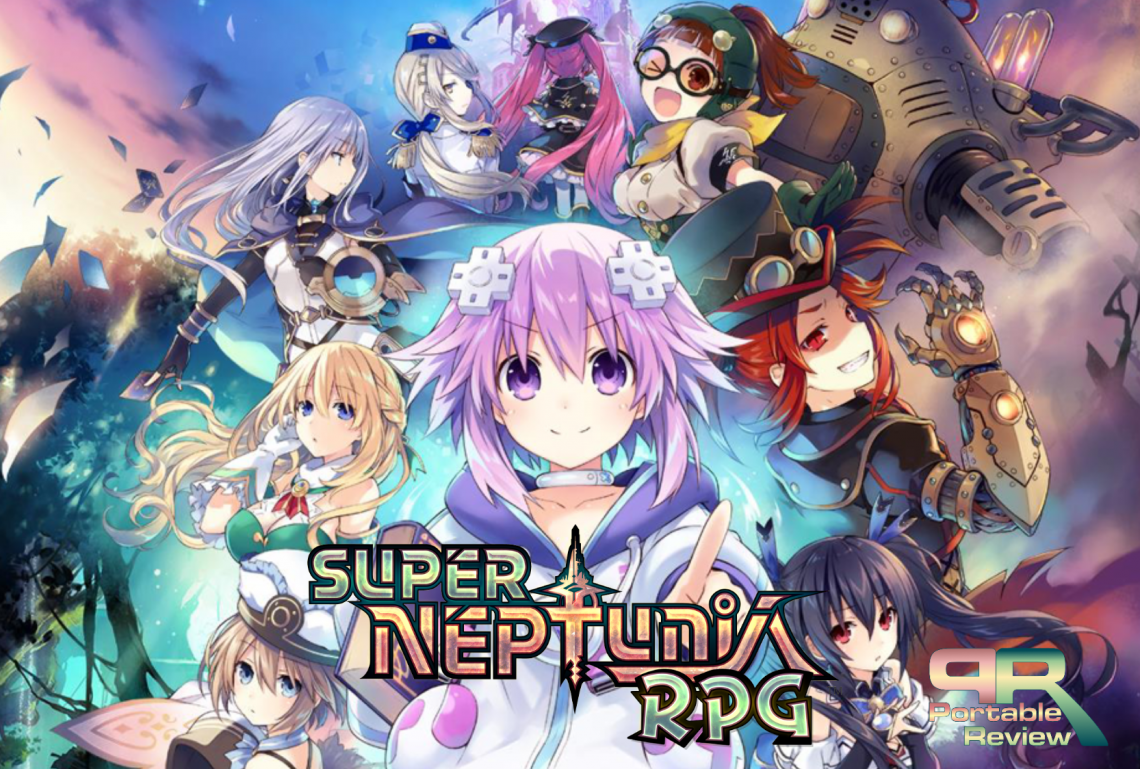 Super Neptunia RPG for those unfamiliar with the series is a turn based 2D side scrolling RPG and a spin off of the Hyperdimension Neptuna franchise. Coming in blind to the series myself I was greeted with a pleasing Anime art style and some nice music coupled with a very cheesy storyline “An evil organization (Bombyx Mori) is forcing citizens to churn out 2d video games getting rid of 3d completely and if the games don’t meet expectations they are cruelly banished to soul crushing trial grounds”.

Our protagonist is a girl called Neptune who awakens with amnesia and sets off on a quest to find out what happened to her, she soon learns of said evil corporation and with the help of a book called Histoire Neptune discovers that she has great powers. Along the way Neptune meets up with three other girls Noire, Blanc and Vert who also suffer from Amnesia and must set off to stop Bombyx Mori. So Super Neptunia RPG will not win any awards for it’s writing or meaty plot lines but there is a lot to like about this game, the battle mechanic is very robust if maybe slightly too simplistic for some, you will not be bogged down in masses of menus and the battle formations add some much needed customisation to fighting, you have four characters in your party, one assigned to each of Y,B,A and X and pressing said button attacks with that character, you can fast forward fights by holding ZL which is great for grinding levels and there is a nice variety of enemies and bosses.

The difficulty in the game is totally fine whereby if you don’t have a good variety of skills assigned your party they can be easily wiped out however fights never feel impossible, equipping the best weapons and items really helps and mastering them adds new abilities for you to use as well as a break attack which deals massive amounts of damage to the enemies.

There are problems with the game starting with the platforming aspect which unfortunately can be quite a pain, Neptune goes from standing still to running at speed very quickly and this can lead to slippery platforming, I fell many times when thinking a jump was simple also the jumping animations are not the best. Similarly with the plot the dialogue is also pretty cheesy, it’s all very cute but joining an evil corporation because they have “snacks”?! Also the game doesn’t always do a great job of telling you where to go, one mission I had required me to “go to FC land” I had no idea where FC land was as I’d never been there before and the game did nothing to clue me in to where I should go.

Navigational issues aside overall I liked this game, the map system is really intuitive, you spend your time between the world map and the dungeon maps, the dungeon maps show where all the bad guys are located, as well as bosses and treasure so if you want to run straight to a boss you can or if you prefer a more exploration based experience that works too, it’s very clear. If you are a fan of this niche franchise then you are bound to like this latest entry, it’s a good addition to the series, and a decent 2D RPG in general. I myself prefer a little more meat with my gravy and I’d recommend maybe waiting for it to go on sale.