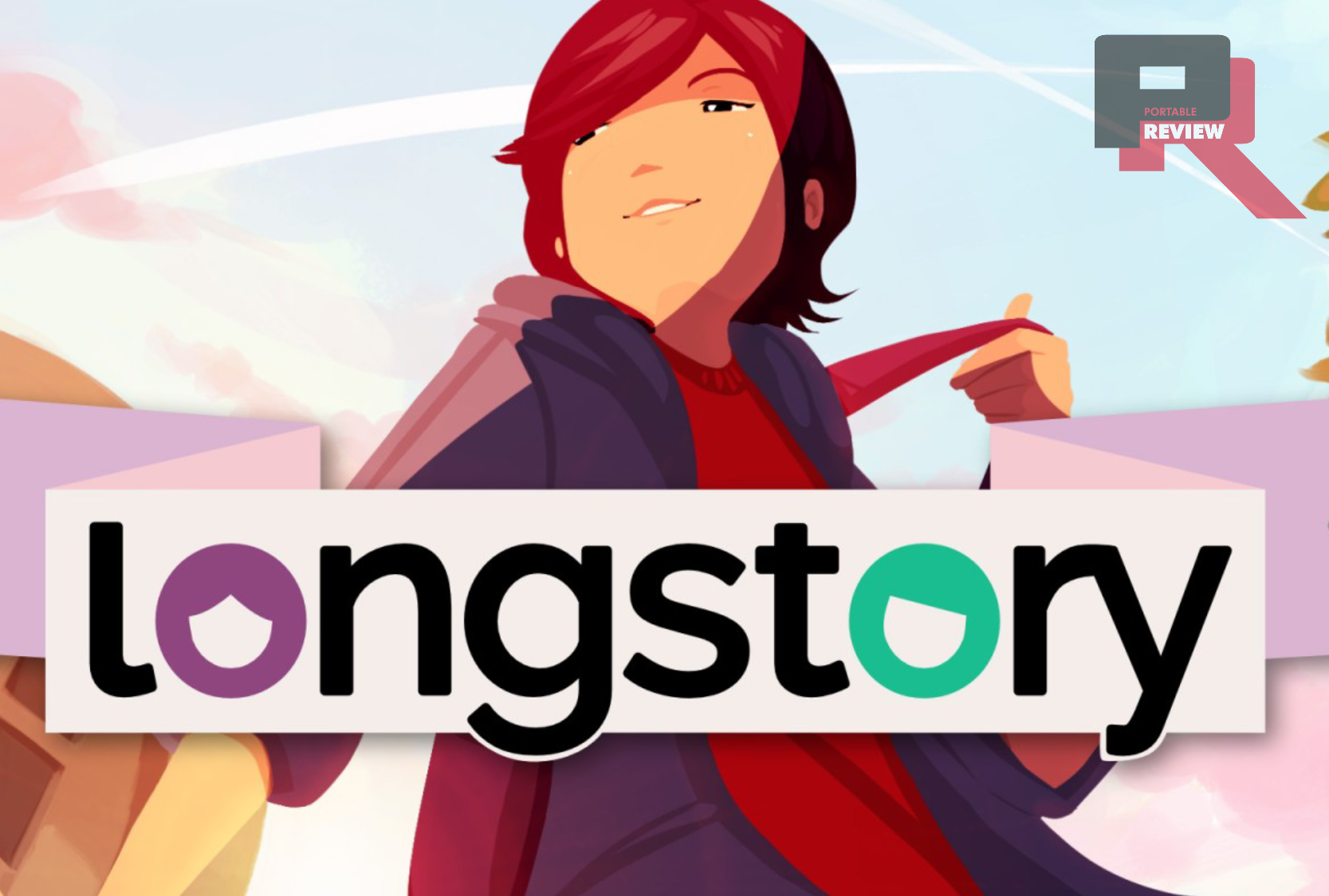 After 2064: Read Only Memories left a rather bad impression of “inclusive gaming” on me, I figured I would give another story-driven game that touts itself as an “LGBTQ+ friendly dating sim”. Before I begin, I want to preface that I am not a member of the LGBTQ+ community, and I don’t think that should matter for someone to enjoy a game that wants to be inclusive.

Dating sims aren’t really my thing. I have no issue with them, but rarely have found them to be something worth drowning myself in. Most are anime or fan-service oriented. This one has its own art style, and looked somewhat appealing. I was going to skip it when I saw it said LGBTQ+ in the description, but I decided I wasn’t going to let one game sway my decision of all future games based on something as broad as that. In a way, I’m glad I did. The story of Longstory isn’t extremely interesting, but it did compel me to stick around until the end. That says a bunch for the game right off the bat as most dating sims have a cookie cutter story that’s as forgettable as the generic anime character art they often display.

As the description of the game is quick to tell you, I was able to pick between two extremely androgynous faces, and then choose if I wanted to be referred to as him, her, or they. I named my character “Jessie”, and chose to be a girl. Even though I picked “she” as my pronoun, I would often see the character art portrait and think it looked overly boyish. I’m sure that if I chose a boy, I would have felt that it looked too girly, too. I really wish there were more portraits to represent your character. If they wanted me to feel non-binary, and pick “they”, I wish the developers had just done that instead of letting me pick. As it is, I never “connected” with the character.

Another thing I found a bit strange was how the dialog was written. Often, my character would come to have dialog options that assumed things without the game giving me, the player, any reason to believe they would have come to that assumption. At times, the dialog options felt almost too “politically correct” and unnatural. People don’t talk the way the kids at this school talk. I connected most with Hanniferjane. They seemed to be the most “normal” of the kids in the game, but they also seemed to be shoehorned into the “Mean Girls” role.

All of that said, the story was interesting, and there was a mystery story arch that I was able to dig my heels into. What I didn’t like was that the game kind of “forced” me to date someone. Now, I didn’t have to, but it did come up suddenly. I had barely met the characters before my character was thinking about dating them. My character didn’t really have an inner monologue like many other dating sims do, but when she did, she had a really jump-to-conclusions kind of thought process. For instance, I was talking to a female friend at school. Her name was Abbey and she was the first person who made my character feel accepted in school. We had only exchanged dialog twice before, but my character was suddenly acting as if Abbey had been hitting on her. It felt forced, and wasn’t really matching how the dialog prior to that had built up. Aside from that, the game seems to look down on poly relationships as I was made to feel bad for having asked nearly everyone out. That’s fine, but for a game that seems quick to push me into a relationship with all of the characters, it came off as a bit strange that I couldn’t date at least two of them at the same time.

Ultimately, the characters I could date all felt very similar. They each had a very basic personality that differentiated them from the others, but they felt shallow. I would have liked it if after choosing a partner, I could have delved deeper into their character, and our relationship, but that all seemed auxiliary to the rest of the story and learning about Em.

On a different note, I kind of liked the art style…except for Colin. In his portrait, he looks fine, but his cutout art makes him look like a skinny boy in a fat suit. His neck and head don’t match his body at all. It’s painful to look at. As a side note, I found the majority of the music just awful; especially the main menu music.

The dialog just feels a bit…forced. Nobody talks the way the people in this game speak to one another. The trans or non-binary character that uses “they” was referred to by that and only that by everyone without ever being told that’s what they prefer. It didn’t make much sense, but it’s not a deal breaker. I never felt like I was being spoon fed a gay or trans narrative; it just wasn’t a great narrative. Decent story, but not great. Inclusive, but not offensive to “normies”. It’s better than a lot of dating sims, and in some ways feels more like what it’s really like to date someone. It’s not perfect, but it’s not bad by any stretch.