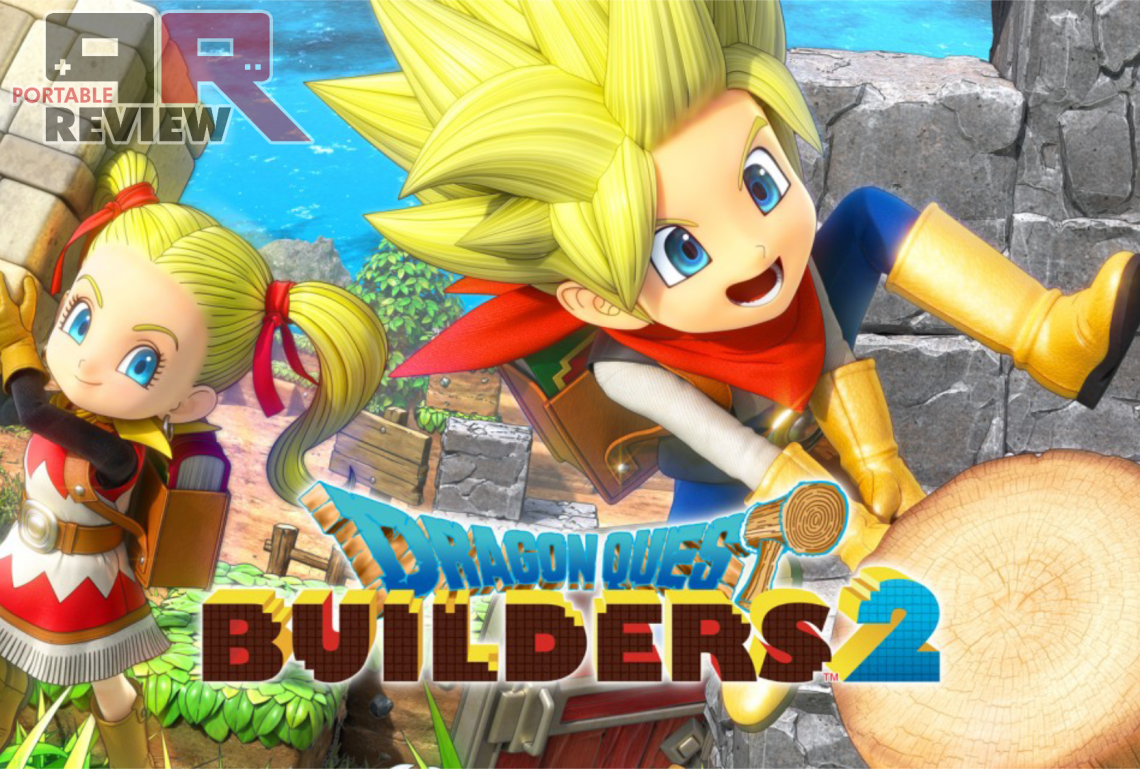 I really don’t care for games like Minecraft, but let me tell you about this little gem, Dragon Quest Builders 2.

Hyperbole aside, I’d like to preface this review with a simple statement. I didn’t play the first Dragon Quest Builders game. I did play through the demo of the first game, but I never picked up the full game, and I’m glad I waited. After speaking with some people who have played both, this game is a much superior title. There’s a chance I may have been pushed away from this one had I played that first.

I didn’t quite know what I was getting myself into when I picked this game up, but I knew that I wasn’t going to miss out on this game. The demo sold me hard, so if you’re still wondering if you’ll dig this game, I suggest grabbing the demo, and giving it a shot.

Where to begin with this? I guess I should start with what it is, exactly. DQB2 is a Minecraft-like game where you build things out of material blocks you collect throughout the world by breaking them. Unlike Minecraft, DQB2 presents itself as an RPG with tasks for you to complete. Each of these tasks teaches you something about how building works, or how to use your tools, or even grants you new tools. One thing that it does do similar to Minecraft is send enemies to attack you and your villagers at night. At first, it’s a challenge, but late game, it’s just a nuisance you wish they omitted.

Building is fairly simple. You pick the block you want to plunk down and you press Y to plunk it down. You can also place things at your feet or above your head with the LZ and L buttons. Every block must be touching another block in order for you to initially plunk it down, but you can remove connecting blocks later to have floating blocks if you wish or if your design calls for it. This is something I wish they gave you a tool for, but even in the end game building mode, you’ve got to follow this rule. It’s particularly annoying if you’re building roofs.

While most of the blocks in the game are simply just colored or textured cubes, there are a few others that are more traditional game design such as toilets and towel racks. In fact, once you build a room, it’ll just be a room until you add furniture. Certain criteria must be met before it becomes a room, such as the aforementioned toilet and towel rack will create a bathroom. Speaking of poop, you’ll want to make at least one bathroom in each settlement because you need that aromatic stuff to make fertilizer. Yes, that’s right! The game even uses your poo as a crafting material. It’s a little gross, but one of your early companions does magical things when you feed it to him. You’ll see when you get there, but let’s move on.

There’s a lot of questing to do in this building game. So much, in fact, that I thought the game had ended 3 times before I actually got to the story’s end. The first time was after the first island, which is far and away the most time consuming. Maybe I’m slow, but it took me nearly 15 hours just to finish that island. Fear not, the game is much longer than that with many islands to explore and 3 major islands to conquer during the story. As you progress through the game, you’ll unlock new materials and new set pieces to place in your world. Each time you finish an Island, you return to the Island of Awakening, which doubles as your own island you can customize alone or with friends. Between your island-hopping jaunts, you’ll be able to complete tasks on the Island of Awakening which will unlock new tools that will considerably aide you in building new things. My favorite tool is the pencil, and is one of the last things you unlock. It allows you to copy a creation and make a blueprint of it.

Blueprints are pretty amazing. If you have all the materials set aside in a box, your townspeople will actually build whatever is on the blueprint. This. Speeds up the building process greatly, and coupled with the pencil, you can visit friends’ islands and copy their best work to have on your island.

Yes, you can play with friends, but you can’t go through the story with them. Instead, they can invite you to their island or you can invite them to yours. Once there, you can take them to smaller islands for supplies and such, but the main draw seems to be building together on the Island of Awakening. Other players will be able to use your materials and tools that you’ve unlocked as long as you provide materials in a box somewhere. There are limitations with the multiplayer, for sure, but if your island isn’t too big, or too busy, the latency seems to work well on the Nintendo Switch. With that comes a warning though. Large and busy islands will cause the game to chug along, sometimes down to single digit frame rates.

I had a lot of fun with the game, and completed the story straight to the end. It was enjoyable, but completely foretold. I knew exactly what was going to happen after I first met my traveling companion, Malroth, who seemed to be incapable of building anything, but was a master of destroying things. He even taught me a few moves to help me destroy things faster. Those moves are a godsend, by the way! Thank you, Malroth! There’s not much I can say about the story without spoiling it other than that I had fun fighting off the sludge, riding on Goldilocks’ back, and helping to rebuild a castle. There was always something new on the horizon, and I can’t wait to see what they do with the third game.