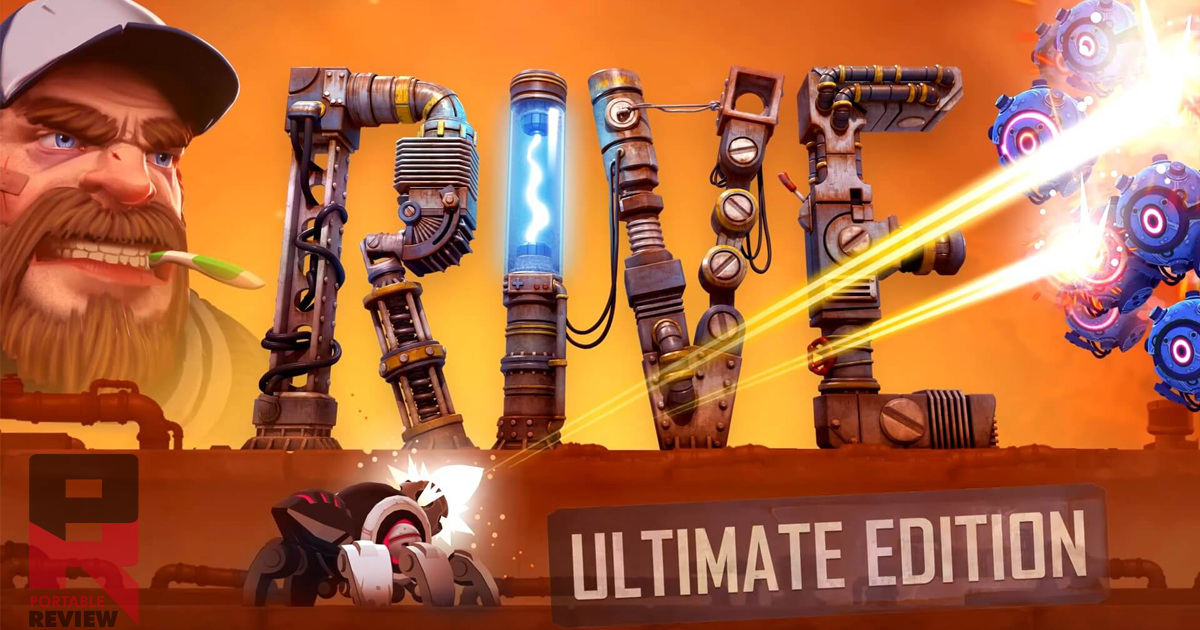 If I were to judge this game based on its logo and screen shots, I would probably pass it by. That’s exactly what I did. It may be what you did, too. Well, I picked it up to see what it’s about and I was pleasantly surprised.

First off, I’ve heard people call it a metroidvania-like game. It’s not; not really. While you will likely revisit areas, it’s from a central hub area. The story mode has the player going through levels, sometimes repeating areas with a different path. It’s definitely not an open world game like those classics, but that doesn’t mean its not good. In fact, I found it to stand out as a challenging platform shooter. While the controls are different, I felt a real homage to Mega Man’s gameplay seeping out from within this oddly gorgeous looking game. By that, I’m not talking about stealing upgrades or any of that. More in how the levels are designed and how you are sometimes chased by enemies in auto-scrolling levels.

You play as Roughshot, a Southern sounding scrapper who pilots a small spider tank/ship. He has found himself trapped inside a ship that’s controlled by a devious AI. Roughshot makes a lot of silly puns and jokes that are rarely funny, but always kept my spirits high. It’s a good contrast to the crazy difficulty the game presents. After finding out that he’s trapped, his goals change from finding the ultimate score to finding a way out of this hunk of metal with kamakazi enemies barreling at him at every turn.

The controls for your spider tank are simple, if not a little different. Instead of using face buttons, this game opts to use shoulder buttons for your inputs. It works as it also uses the right stick for aiming, much like a twin stick shooter. It just took me a little while to get used to. I do wish games like this would have options to alter the controls to fit the user’s preferences though. That has become a big and ongoing complaint of mine though. I have a couple friends who have difficulties playing games due to their disabilities, and I don’t feel that developers should leave it to the console makers to have accessibility options like the PS4 does.

One thing that I have started seeing in many indy titles is speedrun modes. Rive takes it up a notch, offering single life mode, and a bucket list of challenges to keep you busy beyond the initial campaign.

Perhaps the most impressive aspect of Rive is that it throws tons of enemies and special effects at you and retains a solid 60 frames per second in handheld mode as well as docked.