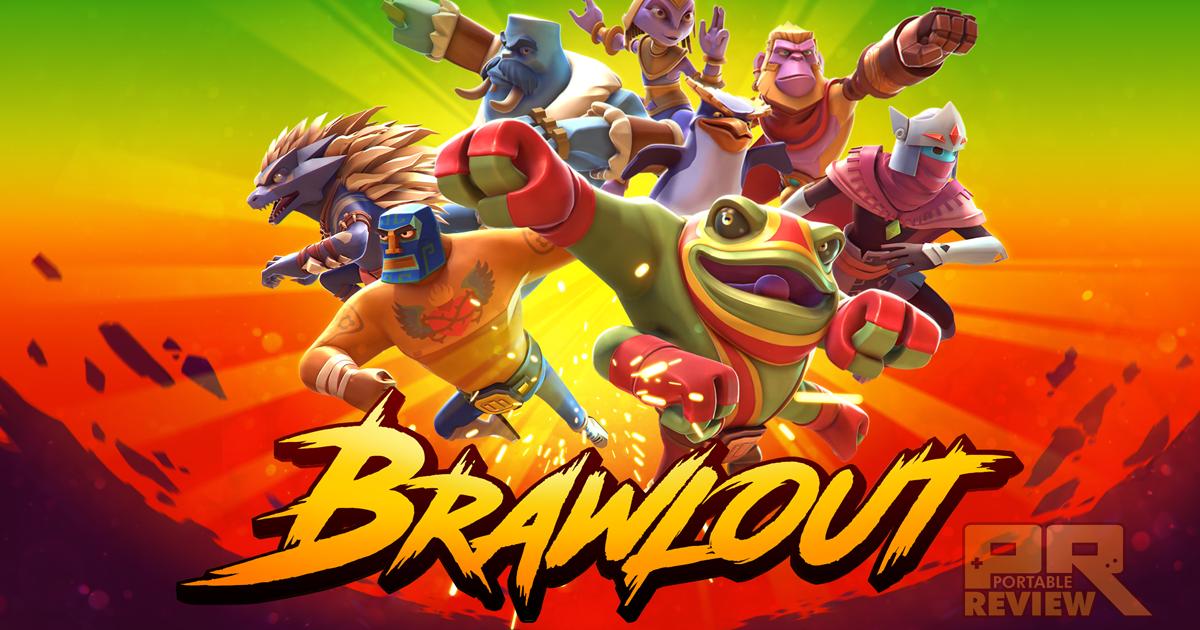 Here you are, dying to hear that Nintendo is porting the last Smash Bros. game to the Switch, but they’re leaving you in the cold, waiting. Then along comes Brawlout, and you’re chomping at the bit to try it out, right? Unfortunately, there’s no demo available to take it for a spin. That’s where I can help. After reaching out to Angry Mob Games with no response, I decided to pick it up myself so I could have a first-hand experience to share with my readers.

Brawlout, while fun, is pretty lackluster. Not because it’s a Smash Bros. clone or because it has no-name or “generic” characters. The character designs are pretty good, but there are only 8 of them. That includes 2 the developers didn’t make themselves. Now, while there are more characters, they are all clones of the existing cast. Olaf Tyson has 3 clones all to himself, 2 of which don’t even skin the penguin to be something else. All of the unlockable characters are basically skins of existing characters with a some kind of graphic flare to their moves. It’s incredibly strange because there are already skins for these characters. These characters have their own bios as well as their own skins you can unlock.

Everything is unlocked through a sort of loot box system that takes the form of pinatas. No real money extortion is going on here, but you can see the design ideas were ready to go that route before they ran out of ideas for character designs. Here’s the real problem I have with this system. It costs 40 gems to buy a character pinata, but as of this writing, I’m 12 hours into the game and I’ve hot a total of 45 gems. Fighting games have traditionally had unlockable characters, and the trend lately is to have unlockable things to slap on your online profile, but even with that, you usually unlock things at a fairly steady pace. In Brawlout, you don’t unlock even small things that fast. As stated prior, you have to buy pinatas to get a random emote or title or whatever else you might get. Additionally, you don’t unlock titles until you get to level 15 with a particular character. Trust me when I tell you; that’s going to take a long time.

Now that I’ve got these major gripes off my chest, how does the game play? The game runs at 60 frames per second…sorta. Every so often, the game just “skips”. It’s hard to explain, but there’s this glitch where the game will freeze and then start up again with the characters and camera moved to the place they would have been if it didn’t freeze. It’s not a good look for a game that otherwise looks this good.

Brawlout looks fantastic. I really enjoy the characters, but I can see how someone might say that these characters are generic looking. In the game’s defense, all characters are “generic” until they become iconic. Mario could have been a construction worker with a yellow hard hat, and he would have probably still rocketed to the level of success that he’s gotten due to the Super Mario Bros. having such solid and addicting gameplay. Sadly, Brawlout’s most memorable characters are its guest characters, Drifter and Juan from Hyper Light Drifter and Guacamelee, respectively. I love that they pulled indy studios’ characters in as guest characters, similar to how Smash Bros. pulls in other big studios’ characters into their roster, but in a game without characters who have earned their stripes, putting ones who have into the game only further makes their own look generic.

It seems that I can’t go a moment without putting this game down, but I don’t mean to. When it’s not skipping around, the game is really enjoyable. Fans of Smash Bros. will be able to pick up the game instantly except for one caveat; there’s no blocking in Brawlout. This is by design as the developers didn’t want players to be turtling and making matches overly long and drawn out. Instead, they opted to put a mechanic Melee fans are very familiar with, wavedashing. This is very easy to do by simply hitting the direction you want to dash and the jump button followed immediately with the dash button. Do this a few times and you can make it across the stage very quickly. You can also do your heavy hits from these dashes rather than a full run move.

One of Brawlout’s standout mechanics is its rage meter. As you take damage as well as dish it out, your rage meter builds. At 50%, you can use it to burst out of stunned states, including when you’re being knocked out of the ring. At 100%, you can use it for the same thing, but you also get a 30% resistance to being knocked out as well as an increased chance to knock your enemies out of the ring. I’ve heard some people claim that this comeback mechanic is too powerful in this game, and it really might be. Thankfully, it only lasts a very short time, and it’s fairly easy to avoid your opponents in a one on one match.

On the matter of multiplayer though, it can be a bit…unfair. Without a block button, it’s incredibly easy to get hit with a ‘touch of death combo’. These are infuriating and make the person being juggled by everyone else really salty. If you thought that Mario Party games ruined friendships, play Brawlout with a few friends. I’ve heard people state that the online for this game is broken at the moment, but I have not experienced the same level of jank as they have. Only on two occasions have I had my match end due to lag, while all my other matches were pretty solid. The online mode offerings are fairly straight forward. You can match up with a random in what I believe to be ranked, or you can try to link up with your friends once one of you have made a room. This works similar to how Splatoon 2’s friend lobbies work.

Lastly, I want to touch on something the developers nailed perfectly with this game. Practice mode has all of the markings of an amazing competitive game. You can turn on hit boxes, hurt boxes, and even stun indicators. For the basic user, this might not seem like a big deal, but knowing exactly where your hits are hitting and where you’re “safe” is paramount to winning in fighting games. Most people will find more use out of the stun indicator as it tells you when your opponent can’t do anything except float to their doom, and hopefully (for you) into your combo setups.

At the end of the day, Brawlout is an unabashed Smash clone with some really good mechanics, but it feels almost too simple at times. If you’re like me, you’re going to yearn for more diversity in its cast. It’s a $20 game on the Nintendo eShop, and if all of this sounds like something you think holds value, then I can’t recommend it more. Just know what you’re getting. The skipping glitch I mentioned earlier has been in the game since it’s release on PC nearly a year ago, and it remains to this day. Hopefully the Switch audience will be incentive enough for the guys at Angry Mob Games to get the kinks worked out. At this point, I think that may just be wishful thinking on my part though.