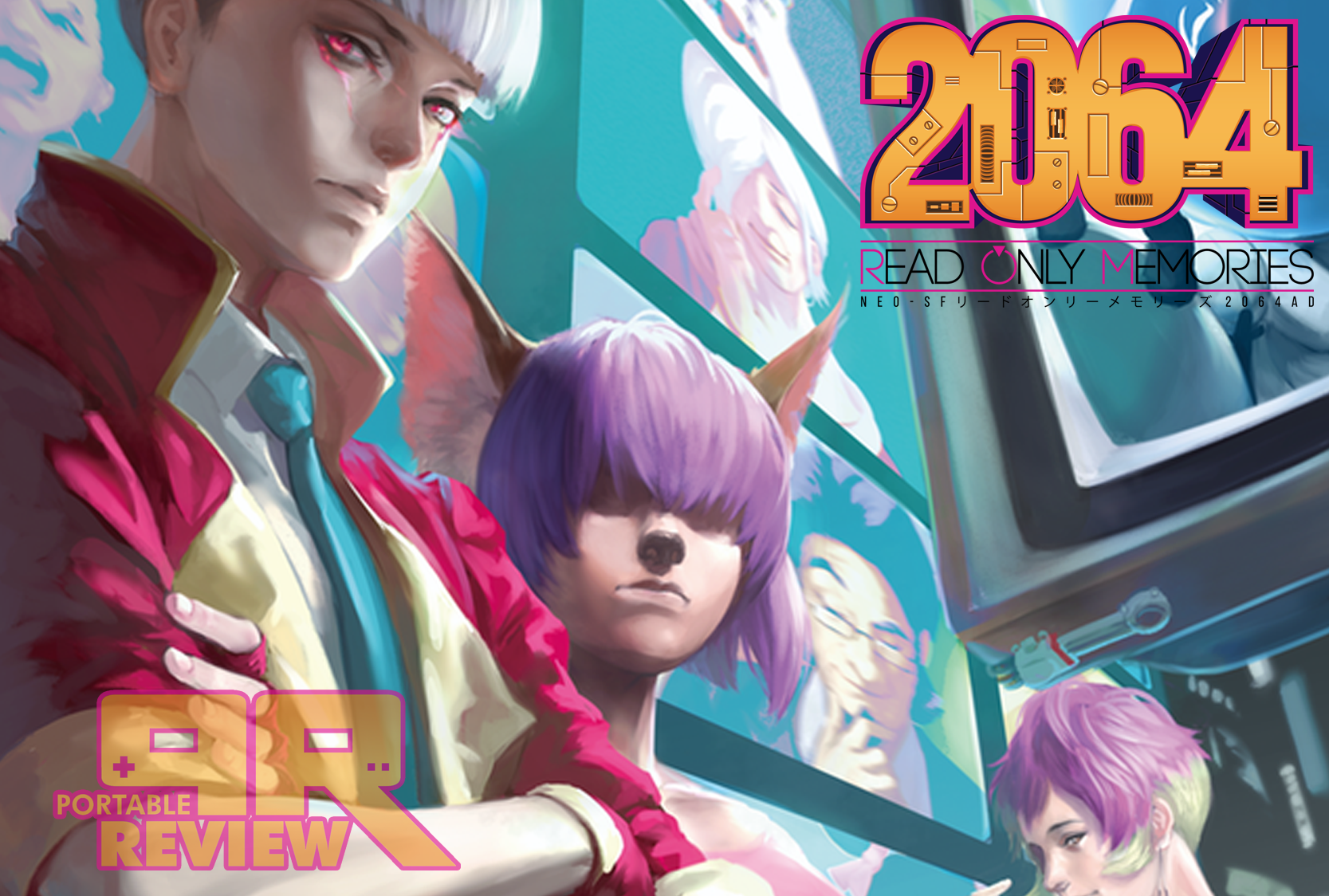 So, I read some articles in the past about Read Only Memories and there was a lot of positive stuff out there for it. I had not read the articles in full, but I got that it was a cyberpunk adventure game with a non-binary support character. Bravo for being inclusive! That’s what I thought at the time, however, now that I’m playing the game, I’m seeing things a bit differently.

I, in no way, feel that people should be ostracized for their sexual or gender orientations. 2064 Read Only Memories feels like it’s trying to send a message more than it wants to be a good game. I think there’s a decent story under all the gender politics, but you’ll have to persevere to get to it.

If you were to play an RPG or adventure game and the dialog with a character was something like, “You see that chick over there? Yea! I banged her. That one? Totally banged her last night. Up high, dude!”, you would probably think of this character as a parody of the cliche jock d-bag everyone knew in high school or sees on tween drama shows. That’s exactly how character sexuality feels like it’s presented in this game.

I’m also playing Dead Cells and Hollow Knight right now, and I haven’t once thought about either (or any) of these characters’ sexual preference. I guess I can assume that the cartographer and his wife in Hollow Knight are straight, but l don’t think about that because I’m enjoying the game for other reasons.

In 2064, I ran into this bartender, and I got a “vibe” that he might be gay. Part his voice actor, part how his sprite looks. He just seemed kinda extra on the beard grooming and personal style. Perhaps that’s my stereotypical view coming to the front, but I thought, “I wonder if this guy is gay. Yeah, he’s probably gay.”. I was totally ok with that, and in my head, regardless of what the developers perceived his sexual orientation to be, he was the gay bartender henceforth in my playthrough. However, the very next time l came to the bar (I think a day later in the game’s time) there was another character behind the bar with him who was described as “bear-like”. I mean, I know enough gay people to pick up on that, so my original thoughts were confirmed. Cool. Enough about this guys sexuality, I can talk to both of them, so let’s find out about these guys. The bartender had completely changed from being this gruff, but easy going guy to, “Hey, sweetie! OMG I loooove how you memorized all the drinks. Like, I could never do that.

To the writer’s credit, there is enough about these characters that I know that the one guy can’t remember what’s in a drink composition for the life of him while the other one is all about the minute details all the way to who he books for shows at their club. That’s cool, but I feel like the writers made it their number one goal to tell you how incredibly gay these characters are. Rather than focusing on the rest of their character, their focus was on presenting their sexuality.

Now, that is just the tip of the iceberg. Before any of that exposure, I had to meet up with a detective in the area and the game casually slides in that she used to date my sister. Cool. That’s all they needed to say about that. I didn’t have any problem with how she was introduced to me. “Did the game say she dated my sister? OK, she’s probably gay or bi. Cool.” Even with her character, who is admittedly much more developed, they felt the need to delve deeper into her sexuality. Why, though?! I’m not going to get into the rest of the cast, but nearly all of them are gay, nb, bi, or trans, and the writers make damn sure you know that.

For those who come from the LGBT community, the ability to choose your pronouns is probably a welcome inclusion, so kudos to the developer for that.

I’m clearly not the audience for this sort of thing, but I really do like the rest of the ideas presented throughout the game. I like the classic point-and-click gameplay coming back, and I like that I’m given choice. I’m not entirely convinced that my choice is really a choice though because I have gone through early parts of the game making different decisions with similar or the same results. I’ve not done the same later in the game, so don’t hold that against the game, as it at least gives you the feeling of choice based on the immediate response. It’s just that the follow-up responses seem to be canned no matter what.

We’re it not for the focus on character sexuality, I think I would have really liked 2064 Read Only Memories. The game looks really good, and controls quite nicely, but I fear that I’m not its intended audience.